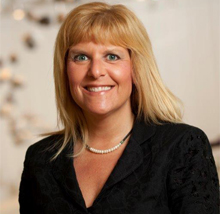 Dr. Hutzenbuhler earned a B.A. in Chemistry, in 1985, and a medical degree, in 1989, from the University of Kansas. She then left the Midwest and completed an internship and residency in Internal Medicine at Duke University in 1992. Dr. Hutzenbuhler (Dr. H) moved west to attend the UCLA Integrated Program in Digestive Diseases, where she successfully completed her fellowship in Gastroenterology in 1994. Being anxious to return to North Carolina after surviving two years in Los Angeles, she joined the GI division of Raleigh Medical Group in 1994. Dr. H was the first female gastroenterologist in the Raleigh area. She was a founding member of Digestive Healthcare in 2000. In 2010, she went out on her own, and started and maintained a very successful solo GI practice for a number of years. This was quite challenging, but rewarding as she taught herself all the aspects of running a medical practice. Due to upcoming major changes in the future of medicine, in 2012, Dr. H was most fortunate and thankful to be able to re-align with RMG Gastroenterology. She just celebrated her 21st anniversary of practicing in the Raleigh area. She is a Fellow in the American College of Gastroenterology and enjoys attending their national meeting annually. She recently re-certified her GI Boards in the Spring of 2015.

Dr. Hutzenbuhler has been married for thirty years to her husband, David, who is a CPA and local business owner. She has a twenty-one year old daughter and an eighteen year old son. Megan is a rising senior at UNC-Chapel Hill, and will hopefully follow in her mother’s footsteps and pursue a career in medicine. Matthew is a rising sophomore at Peace University, studying game art and design. Dr. H is slowly, but surely, adjusting to her recent “empty nest”. She is proud of her ability to juggle her career and family. The Hutzenbuhlers enjoy traveling, especially cruising, scuba diving, and visiting National Parks. More recently, they have broadened their travel internationally and greatly enjoyed a trip to Africa two years ago, and Greece and Italy last summer. They are looking forward to visiting South America this summer. They have visited all fifty states. They are avid sports fans; especially fond of the Wolfpack, Panthers, Hurricanes, Jayhawks, and the Royals. Dr. Hutzenbuhler also enjoys crossword puzzles, following professional golf, reading, going to rock concerts, and Broadway shows/musicals.